Update Some Sports Books are now taking action. Florida State – 27 over Florida. The game is in the swamp (Gainesville) so the 27 points is a huge spread to put on the game even though Georgia Southern won last weekend in the Swamp. This being a rivalry it is likely Florida will cause some scare for the Seminoles at least for one quarter. It appears that the decision to arrest Jameis Winston will be put off until after this game.

What it is the betting line for the Rivalry game between hated Florida State and home team Florida? There isn’t one. The betting line was set for all other college football games as it is every week by Sunday late night or early Monday morning. All Las Vegas sports books were set up for a big rivals week, where Alabama is a 10.5 favorite over Auburn but the other big one was missing from every board in Las Vegas and the workers at the books didn’t know why. The only reason could be the unknown factor at Quarterback for Florida State. This is the week that might possibly result in an arrest of the superstar, Jameis Winston. The State Attorney, Willie Meggs said an announcement would likely be after thanksgiving. But who works on Friday after thanksgiving? I doubt the courthouse is even open. The Heisman frontrunner is accused of rape from an incident that happened in December of 2012, a case that was pushed aside for lack of evidence is now reopened. Stirred up by the media for unknown reasons. The accuser did not want to pursue the charges as of February 2013 but Tallahassee Police were recently forced to turn the case over to the State Attorney to let the 70 year old Willie Meggs make the life changing decision for Winston. The charge would result in an automatic suspension of Winston and would mean a third string Quarterback would play against the Gators. The sports books do not want to put a betting line out until they know who the Q.B. will be. Unlike Baseball, where a Pitcher change voids tickets, a QB change does not. 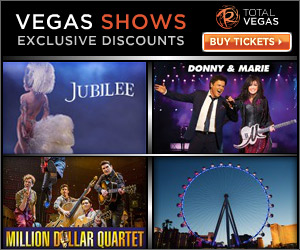 Get this Show for half price